The 6.51-kilometer (4.04-mile) bridge spanning the Padma River cost an estimated $3.6 billion and was paid for with domestic funds after the World Bank and other global lending agencies declined to finance the project following a graft scandal involving a Canadian construction company.

The bridge will slash the distance between the capital, Dhaka, and Bangladesh’s second largest seaport, Mongla, by 100 kilometers (62 miles).

“The bridge belongs to the people of Bangladesh. It encapsulates our passion, creativity, courage, endurance and perseverance,” Hasina said at a ceremony in Mawa, about 31 kilometers (19 miles) southwest of Dhaka.

While not directly part of China’s Belt and Road infrastructure initiative, the bridge was built by the China Major Bridge Engineering Company Ltd. and is seen by Beijing as a milestone for cooperation with Bangladesh, according to a statement by China’s Ambassador Li Jiming.

The China Railway Group has said the Padma Bridge will later feature a rail network that connects with other Belt and Road projects and will serve as an important link between China and a pan-Asian rail network.

Economists say the Padma Bridge will increase Bangladesh’s gross domestic product by an additional 1.3% per year, adding to robust growth projections from the Asian Development Bank that predict Bangladesh’s $465 billion economy will grow by 6.9% in 2021-22, and 7.1% in 2022-23.

Officials said the bridge will connect at least 21 districts in the southern and southwestern regions of Bangladesh.

Experts say the construction of the bridge, which involved more than 4,000 engineers, was a major technical challenge. The underwater pilings extend 122 meters (400 feet) deep, a world record, and it requires 41 pillars. At some points in the river, the water flow volume ranks second globally only after the Amazon River.

The World Bank said in 2012 that it found elements of corruption involving a Canadian construction firm in the plans for the Padma Bridge and decided to stay away from funding $1.2 billion for the project.

The decision prompted other lending agencies including the Asian Development Bank, Japan International Cooperation Agency and Islamic Development Bank to distance themselves from the project. Hasina then said Bangladesh would build the bridge with its own funds. 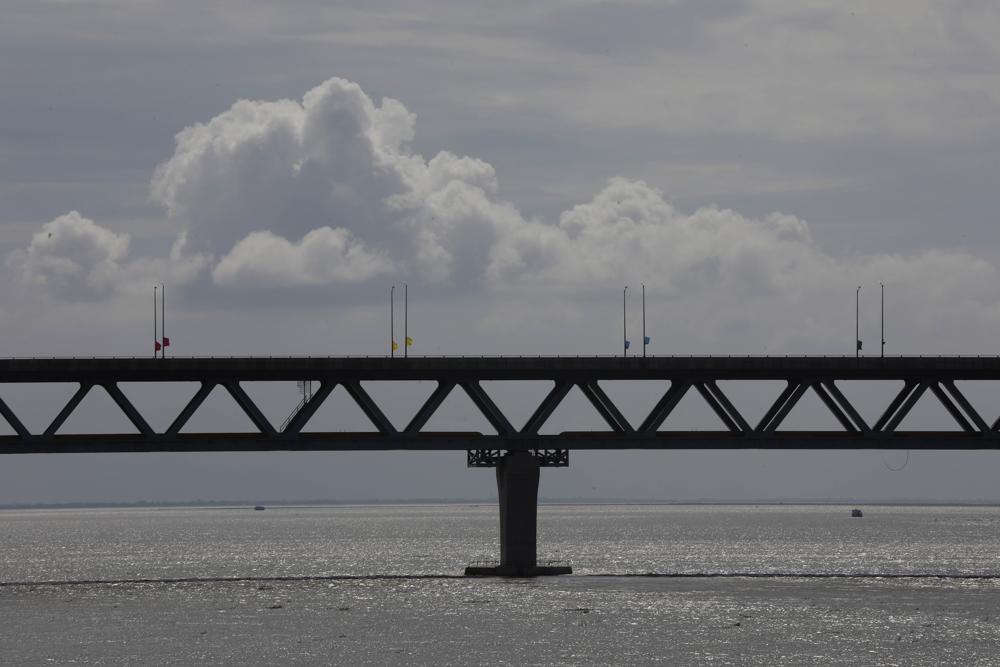