Robertson, who pioneered the structural design of tall buildings, was the master-mind behind the design of the iconic towers of the World Trade Center, which stood tall in New York, until Sept. 11, 2001.

Leslie Robertson, a graduate of the University of California at Berkeley, had partnered with John Skilling  when they were awarded the design of the structural system of two twin towers downtown Manhattan, New York. The project, which was the first high-rise he had worked on until that moment, proved to be a defining moment for Robertson, who then went to become a leading pioneer in the field of innovative structural design of tall buildings. Some of his most notable projects are the following: 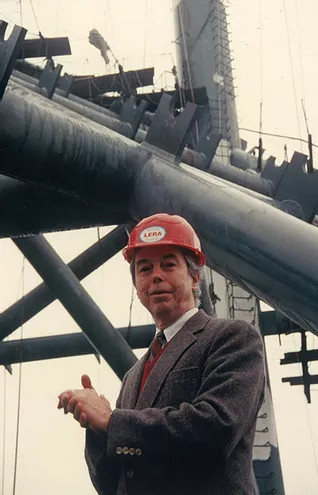 Leslie Robertson was a distinguished member of the Structural Engineering community. He was a member of the National Academy of Engineering, and a Distinguished Member of the American Society of Civil Engineers. He received many public and industry awards, including the Mayor’s Award for Excellence in Science and Technology for his structural design of the World Trade Center, the 1989 Award of Excellence from Engineering News-Record, the Henry C. Turner Prize for Innovation in Construction Technology from the National Building Museum (2002), and a John Fritz Medal from the American Association of Engineering Societies (2012). He served on the board of New York City’s Skyscraper Museum, and the Architectural League of New York. In 2017, he published his memoir, titled “The Structureof Design: An Engineer's Extraordinary Life in Architecture”.

Steel or Timber? Carbon footprint of truss structures can be reduced with the aid of new studies